We have become more familiar with products being delivered right to our doorstep. Immediacy and convenience have become part of everyone's daily routine, whether it’s having something shipped to our homes within a two-day window or ordering food to be dropped off at our doorstep within the hour. The concept of delivery continues to be reinvented constantly, with more and more innovative ideas coming up.

One of the most recent developments is drone delivery. From medicine to full-blown meals, drones are beginning to deliver products to households with speed and convenience at the forefront. In this guide, we break down exactly how drone delivery can be utilized for food orders, the advantages and disadvantages, and the future of drone delivery.

What is Drone Delivery?

Drone delivery is a new way of delivering products to consumers. Rather than focusing on traditional delivery methods — people delivering via car, bicycle, or truck — this form of delivery gives the responsibility to a drone. Orders are prepared and attached to the drones, and then they fly in the sky somewhere between 200 and 400 feet, with Federal Aviation Administration approval, to deliver to consumers. The drones are autonomous; some operate via satellite, while others rely on sonar sensors, GPS, or cameras to navigate. In most cases, drone pilots oversee all the operations to ensure everything goes accordingly.

With an innovation this advanced, it leaves people asking the question, “can food be delivered by drone?” According to Ars Technica, the first talk of drone delivery began in 2013 when a company announced they would begin trials to deliver by drone. However, some of its testing and plans never saw it through. But, in 2016, pizza was delivered by drone in New Zealand, according to Forbes. It was one of the first successful drone delivery operations. Since then, many other companies and businesses have begun partnering up to move forward with drone deliveries. 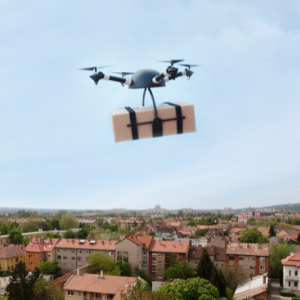 How Does Drone Food Delivery Work?

Drone food delivery has begun to take off in the last few years. Restaurants have partnered up with drone companies to upgrade their food delivery processes. But, there are a few different ways drones are used within the foodservice industry to expedite processes.

The most common — and perhaps even the most innovative — way of using drones to deliver food is by having drones replace car deliveries and transport food straight to consumers’ doorsteps. With this method, customers place an online order for food, and then it is packaged and attached to a carrier on a drone. The drone then takes off — often monitored by someone — to drop off the food directly to the consumer’s drop-off location. When the drone arrives, it hovers over the site and will lower the package via a cable or wire, usually in the person’s backyard. Once the food has been delivered, the drone heads back to the establishment.

There are a few drone services that have already tested and utilized this method of delivery. This form of drone food delivery is popular because it provides the same convenience and thoroughness that a typical food delivery would offer, in that the consumer doesn’t have to worry about leaving their house at all. Their food will be delivered right to them and quickly too.

A second, and seemingly easier way of using drones for food delivery, is using them in conjunction with a delivery driver. With this method, the first part of the operation remains the same: customers place a food delivery order, it is packaged and placed onto a drone, and the drone takes off to deliver the food. However, rather than delivering the order straight to the patron, the drone is sent to a designated drop-off location. This could be in a parking lot or other area that is not highly congested. Then, a delivery driver picks up that order and still drives it to the customer, for about the last mile or so. Some companies even hope that at one point, the food can be dropped on top of a driver’s car, and then they can simply take off from there.

This method provides the advantage of the driver not traveling to and from the restaurant and to and from the consumer’s house. In this case, the driver only travels a short distance to hand-deliver the order. This reduces the risk of error when delivering straight to a person’s home via drone, and ensures the delivery is handed off safely. 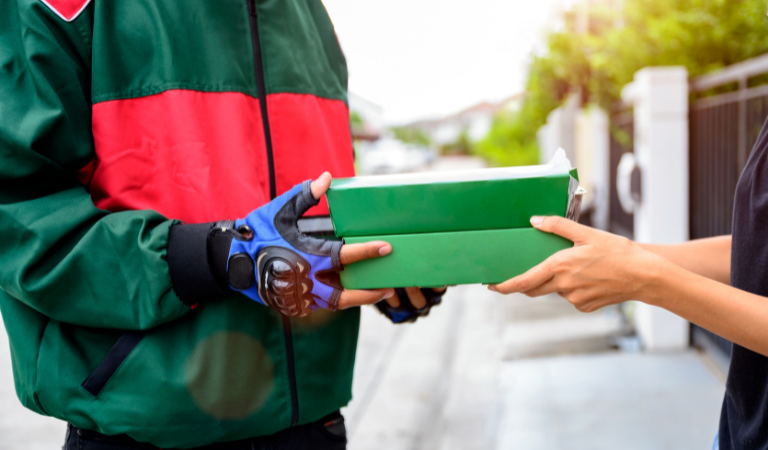 Although it may be the least known option, the kitchen to sever approach is another way to use drones in the foodservice industry. This delivery method was first utilized in a Singapore-based restaurant chain. The drones would deliver food prepared in the kitchen to the dining room area, where servers would take the food and hand-deliver it to the patrons. To avoid accidents, the drones would contain sensors and stereo-vision cameras.

This version could be helpful in a restaurant setting because it reduces the need for servers constantly running back and forth between the kitchen and the dining area. Having the drones deliver the food to staff directly after it’s prepared allows the servers to bring food to customers without any added stress. It also helps the service flow more smoothly, especially on high-volume days or hours.

Because it is a relatively new phenomenon for food to be delivered by drone, a lot of people may not fully understand how this new venture could be beneficial. But, there are a lot of advantages for both the restaurant and consumer when it comes to drone food delivery.

Nowadays, patrons are looking for food delivery options that are quick and convenient. Many delivery services — with people delivering on bikes or cars — can take longer than expected to transport food. Whether it be because of traffic or trying to deliver multiple orders in a single area, by the time consumers get their food, it isn’t as fresh. With drone delivery; however, customers don’t have to worry about that.

Drone deliveries are significantly faster than traditional delivery methods. Bike or car deliveries can take over half an hour, and that doesn’t account for unexpected or unpredictable delays such as wrong turns, getting lost, or getting stuck in traffic. Drone deliveries have the potential to be completed in less than 30 minutes; they have a direct flight path and can deliver orders much faster. This leaves customers satisfied with the speed at which they receive their food, and are more likely to opt into this service in the future.

Customers not only want a fast delivery option, but they also want an affordable one. When it comes to food delivery prices, especially when partnering with third-party services, they continue to get higher and higher. Many services hike up delivery fees, sometimes even amounting to the same price, or more, than the order itself. Many delivery fees are often expensive because they go toward paying the driver.

As things stand now, restaurants are in a lose-lose situation. To combat those high prices, they either have to upcharge the customer — which can potentially lead to the customer taking their business elsewhere — or need to dip into their own profits, which hurts them in the long run. With drones, because there is no labor, there is little additional cost for the delivery. Therefore, delivery prices can be reduced to a more affordable rate, benefitting both the customer and the restaurant.

For people who often have difficulty leaving their house or live in remote areas, having food delivered can be a helpful option. Similarly, drone delivery can be beneficial to these people because of the speed at which it can be done. Drones can travel great distances, allowing individuals who live far away to order from your restaurant with astronomical delivery charges.

This can also allow restaurants to expand their customer base. Restaurants often have a limited delivery radius, meaning they only offer delivery to homes within a certain distance from the establishment. However, drone delivery allows establishments to expand their delivery area since they won’t have to worry about drivers traveling far. This allows them to reach more customers and help grow their business.

Better For The Environment

Drone delivery can be helpful to the environment. Delivering by drone can reduce the number of cars and other fuel-emitting vehicles on the roads. Because drones run on electricity, this service can help reduce carbon emissions. Of course, for this to be a significant and long-term benefit, it would have to be a more widely used form of food delivery. This would require many more restaurants to use drone delivery instead of traditional delivery methods, which could take years. 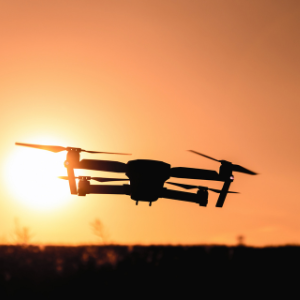 Drones are a big part of the future of food delivery. As technology advances, so do the services we are accustomed to. However, although drone food delivery has many benefits, there are also some drawbacks when it comes to using these machines to transport food.

The Future Of Drone Food Delivery 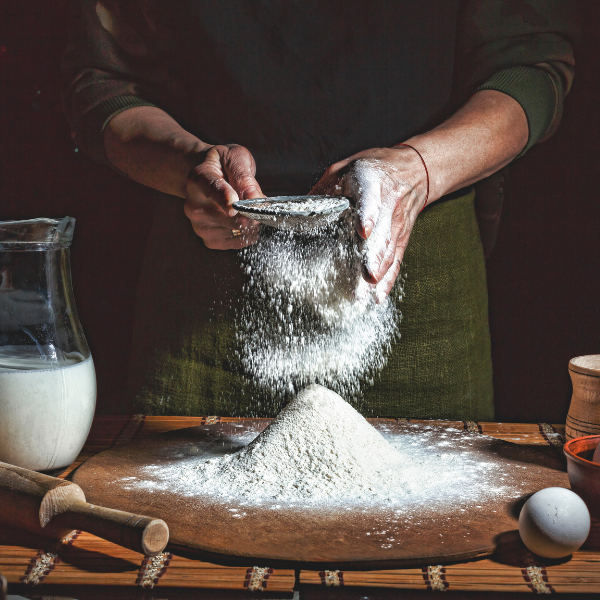 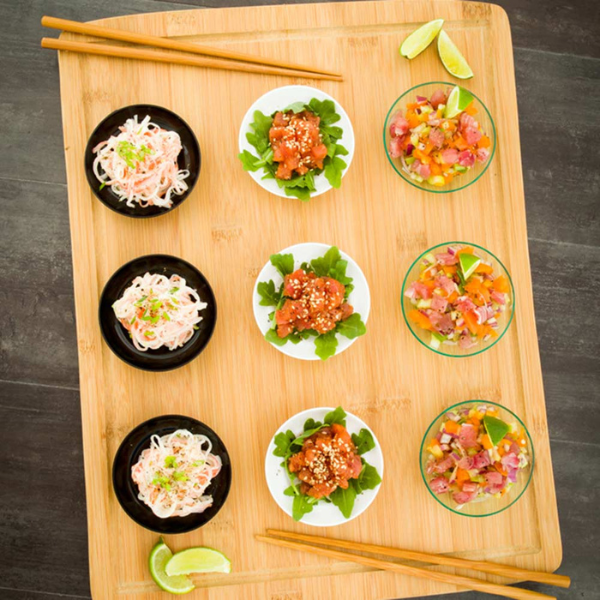 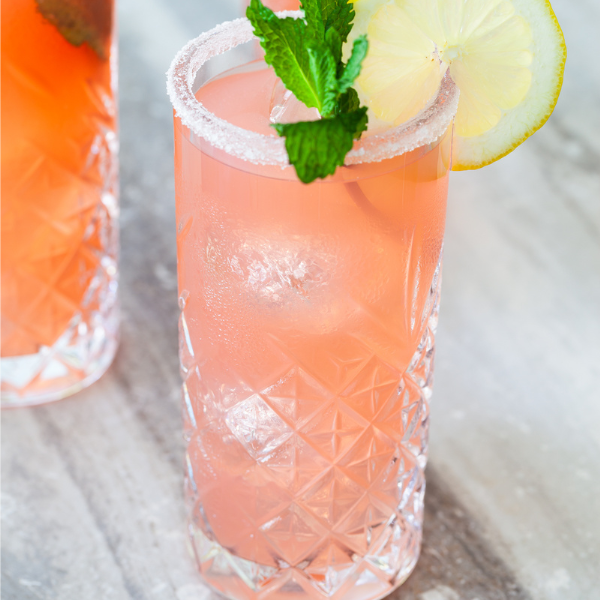 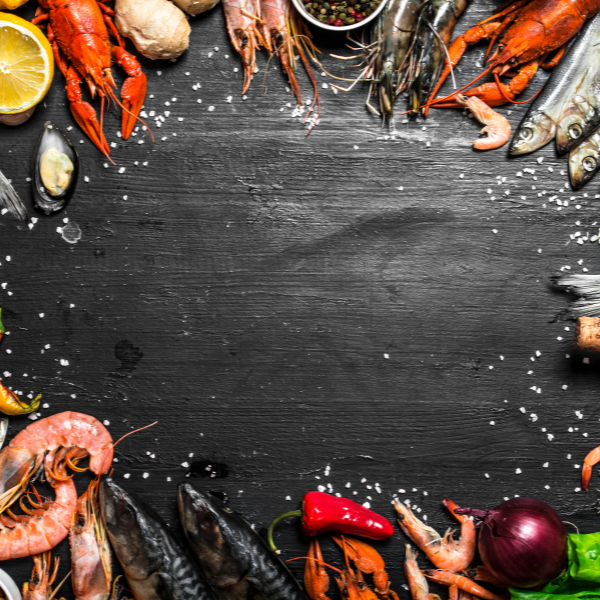 What Is Sustainably Sourced Seafood? 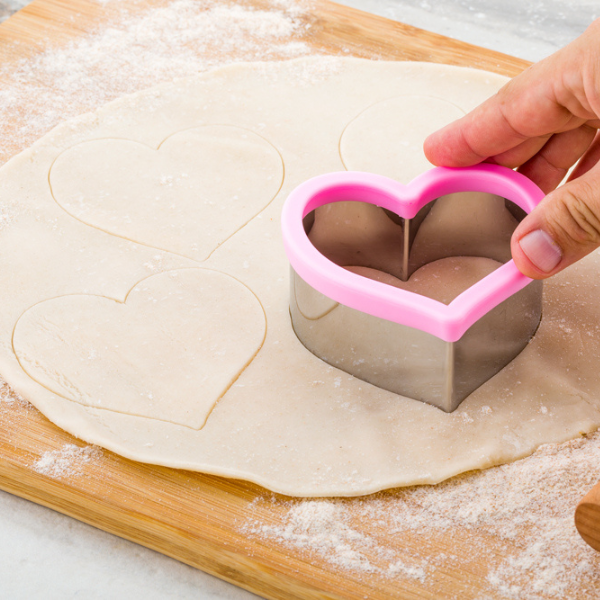