Guide To Different Types Of Cheese

Guide To Different Types Of Cheese

Can’t get enough cheese? There comes a point in every cheese lover’s life where you don’t just want to eat cheese, you want to learn about it too. With more than 1,000 types of cheeses out there, getting started on your cheese journey might seem overwhelming, but don’t feta. We have put together answers to common questions and a guide to help you learn all about the different types of cheeses.

How Is Cheese Made?

It all starts with milk. While most cheeses are made with cow’s milk, they can also be produced from goats, sheep, buffalos, or camels. Yes, buffalos and camels too. After the milk is collected, cheesemakers test it for purity and quality. If the milk checks off, it is standardized. In other words, more protein or fat is added in order for cheesemakers to start with base milk to make consistent cheese. Then, the milk is pasteurized to kill harmful bacteria.

Once the bad bacteria is removed, the good bacteria is added to turn lactose into lactic acid. The good bacteria are called starter cultures and many types of cultures are used to give the cheese a certain kind of flavor or texture. The cultures cause the milk to ferment and the enzyme, rennet, is added to curdle the milk or create clumps of curds and the liquid, whey. After the curds are fully formed, the whey is drained which only leaves the curds. Depending on the cheese being made, the curds are either salted or brined, pressed, and shaped into molds. The cheese is then aged for days or even years before it's ready for consumption.

How Many Types Of Cheese Are There?

Cheese can be categorized into many different varieties, and a particular type of cheese can fit into more than one category. To make things simple, we classified cheeses into the six most common varieties and provide a classic example for each, along with pairing suggestions. 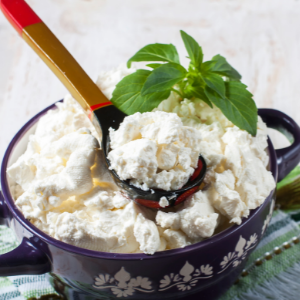 These cheeses are made up of curds that are not aged, which is why they are called “fresh” or “unripened.” They typically have a high moisture content with a smooth and soft texture. Depending on the amount of salt added when cooked, they can have a creamy, tangy, or mild taste. The texture can be anything from creamy to crumbly, but this is subject to how much whey was drained. Some can be easily melted while others maintain their shape even when heated.

The texture of cottage cheese is grainy and has a mild, sweeter taste than most fresh cheeses. Many athletes eat it because it is high in proteins and nutrients. It goes great with fruit, salads, pasta, and smoothies. Pair with a dry white or fruity wine. 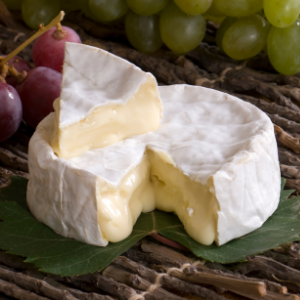 While cheese is aging, a moldy outer layer will form. This outer layer is called the rind, and most rinds are edible. A bloomy rind is thick, soft, and white. It is created when cheesemakers add a layer of edible mold spores to the cheese. If you put this rind under a microscope, you will see that it looks like a dandelion, which is why it is called “bloomy.” Cheeses with bloomy rinds should not be eaten if the mold has become dark or has the smell of ammonia.

The inside of camembert is soft, creamy, and buttery because it ripens from the outside in. The white bloomy rind enhances the earthy or mushroomy flavor. Because it can be spread, it goes great on toast, sandwiches, and crackers. Try this cheese with a full-bodied, dry white wine or a light red. 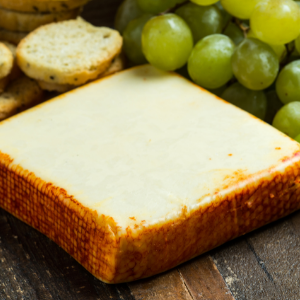 As their name states, the rind of these cheeses is washed with brine or alcohol to keep mold from growing and encourage the growth of a bacteria known as brevibacterium linens. This bacteria gives the rind its orange color and oftentimes pungent aroma. Don’t let their smell fool you, they have mild to rich and savory flavors.

With a smooth and soft texture, muenster cheese has a mild, almost nutty taste. Known for its melting properties, muenster is ideal for grilled cheese sandwiches and burgers. Although, it is delicious eaten cold as well. As far as drinks go, you can snack on these with a beer or light red wine.

Other examples: Limburger, beaufort, and mondseer 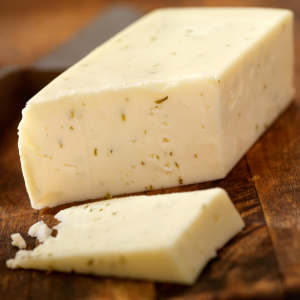 All semi-soft cheese is made with whole milk. This makes them soft with a creamy texture. They can be easily melted over the stove or in the microwave, which most people find convenient. They’re also easy to cube, slice, or shred, making them great appetizers or blending with sauces and casseroles. As you might have guessed, these cheeses are highly versatile and enjoyed by people of all ages.

Not only does Havarti have a buttery aroma, but a buttery taste too. The stronger varieties have a sharp and nutty flavor, while the milder varieties have a very light nutty flavor. The flesh has irregular holes or eyes, and the colors can range from cream to pale yellow. Combine this cheese with desserts, add it to pizza, or melt it on your burgers. Enjoy it with a light red wine or beer. 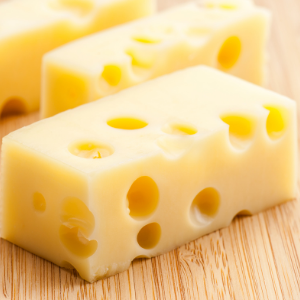 These types of cheeses have a half-firm and half-soft, almost springy texture. During production, the curds are drained of most of their whey which makes them both moist and dry. This also gives them a savory and tangy flavor. They are aged for up to six months and are often covered with a wax or cloth coating to keep the moisture locked in. It’s generally easy to grate these cheeses or spread them on dishes.

Better known as swiss cheese, this cheese is known for its various holes that are formed during the fermentation process. It's got a sweet and buttery flavor that can carry hints of nuttiness. The taste blends with fruits and it melts well, making it great for sandwiches. You can have a dry red wine or a light beer with this cheese.

Other examples: Gouda, cheddar, and gruyère 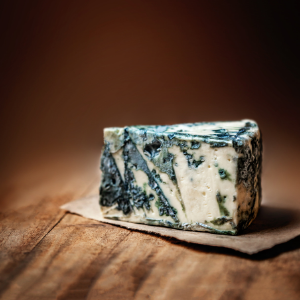 Famous for their blue veins, these cheeses are made by adding penicillium roqueforti (a mold culture) to the milk. When the milk has turned into cheese, the cheese is pierced with needles to allow oxygen to mix with the mold to form the blue veins. They often have a creamy, crumbly texture and a mild to sharp taste. However, their texture can vary because they can be made out of many types of milk.

Gorgonzola is one of the oldest blue cheeses in the world and has a crumbly and soft texture. Depending on how long it was aged, the buttery and slightly acidic taste can vary from mild to sharp. The most aged of these cheeses have quite a pungent bite. They can stand on their own as a snack or be eaten with grapes or nuts. You can pair gorgonzola with a dessert wine such as a sweet white.

Other examples: Roquefort, stilton, and danablu

Sometimes you might hear a cheese sommelier or cheesemonger say that processed cheese doesn’t count as real cheese. This is because processed cheese is not cheese in its purest form. It contains food dyes, preservatives, and other ingredients that are not used in the traditional cheesemaking process. Nevertheless, it does contain real cheese. The argument can be made for either side of this debate, which is why it’s up to you to decide what counts as real cheese.

Yes, people that are lactose intolerant can eat cheese. It just needs to be the right type of cheese. Cheeses that have been aged for a long time such as manchego or parmigiano-reggiano are safe to eat because the cheesemaking process lowers the amount of lactose in cheese. Just remember to stay away from fresh cheese or processed cheese. Fresh cheese is not aged and therefore does not lose as much lactose and processed cheese is made with whey that has a large amount of lactose. 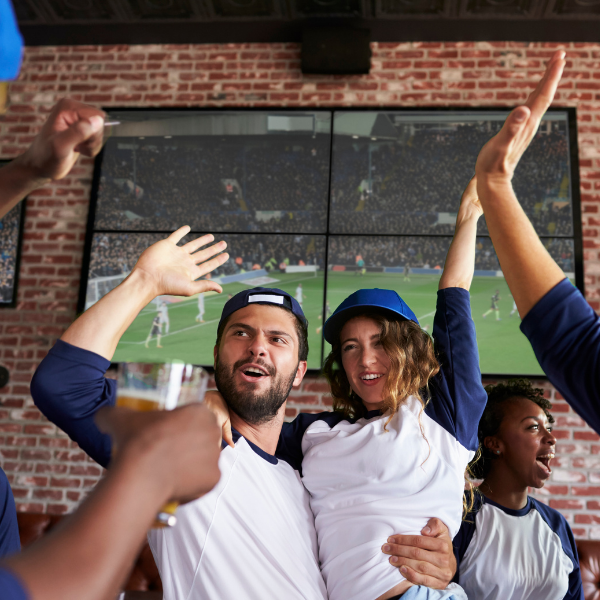 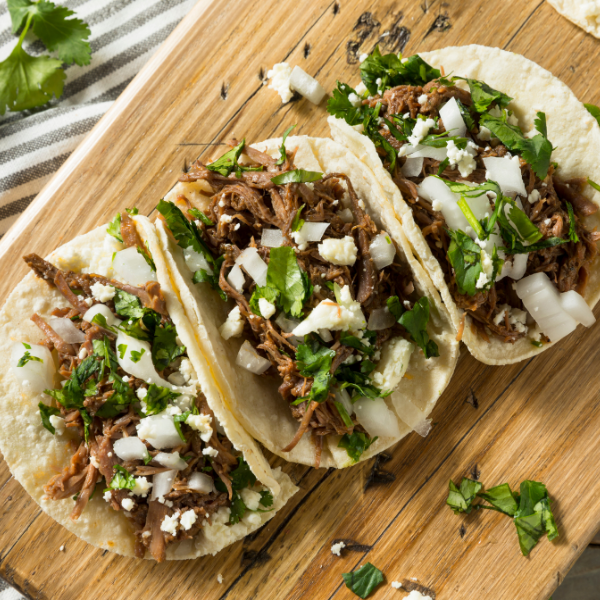 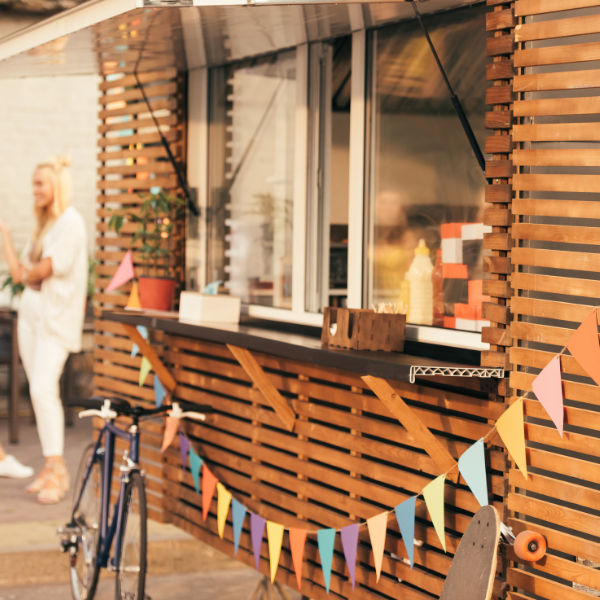 What Is The Difference Between A Food Truck And A Food Cart? 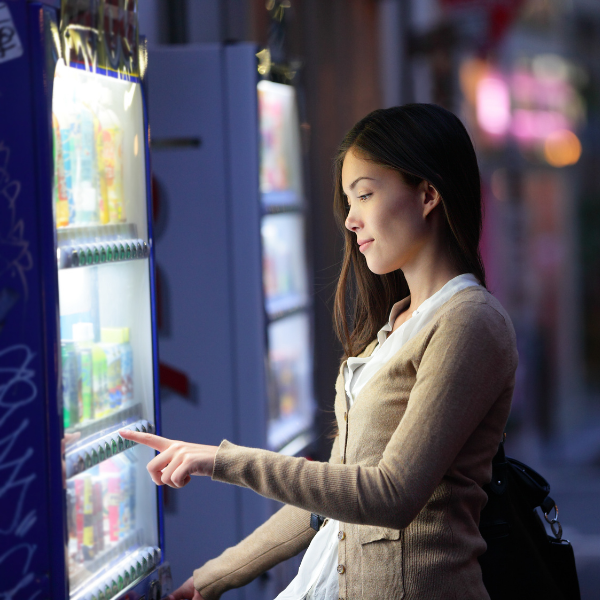 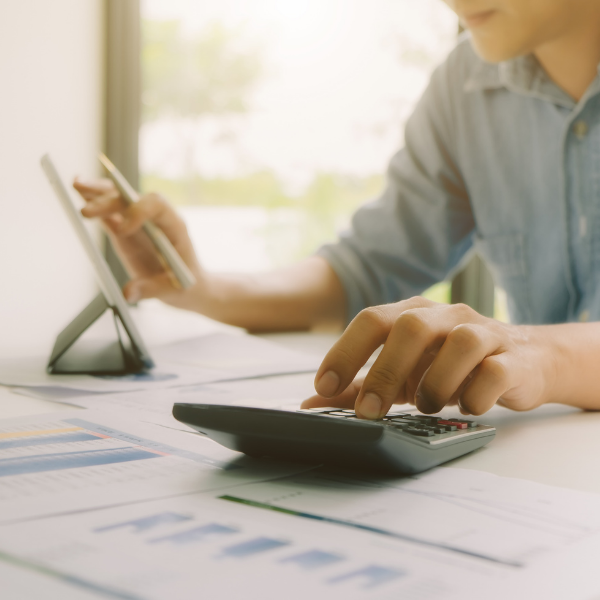 How To Create A Cake Invoice