Even though restaurant sales are trending higher, September showed the slowest growth since the economy began reopening and loosening lockdown restrictions, according to the NRA. Data from the U.S. Census Bureau shows that food and beverage establishments registered sales of $55.6 billion in September. This results in restaurants still remaining $10 billion below their pre-coronavirus levels. Data shows that consumer spending has picked up in retail sales which suggests consumers may be shifting their spending away from restaurants. In September, food and beverage sales fell well behind the sales gains at clothing stores, department stores, sporting goods, hobby and book stores, and motor vehicle dealers.

How Winter May Affect The Industry

With winter on the way, the restaurant industry is preparing to withstand the next upcoming storm this year. A new report from Gusto shows that this winter has the potential to erase the 2 million job gains from September and August. Many of the modest summer gains came from businesses adapting to restrictions and establishing outdoor dining options. In the colder months, this option will no longer be viable for most of the country. Retail trade and leisure and hospitality are expected to be the industries negatively impacted the most. From New England to the Pacific Northwest, the report predicts businesses located in an area where the average temperature drops to below 50 degrees are at risk.

2020 Restaurant Expectations Vs. The Reality Of What The Future Holds

Projections from the NRA showed that 2020 was expected to be a prosperous year for the restaurant industry with sales reaching $899 billion. Now, 10 months into the year and 7 months into a pandemic, those projections are nowhere near being reached. With the impact of the COVID-19 resulting in the worst economic crisis on record, the restaurant industry is expected to lose $240 billion in revenue, Hudson Riehle, senior vice president of the research and knowledge group at the National Restaurant Association, said at the Main Street Strong conference. In pre-pandemic times, 51% of food spending in the U.S. went to restaurants, but now only captures 45% of food spending. Riehle said with the current weak employment and weak income growth, industry sales will be modest compared to what the economy was like before the pandemic.

Though many consumers are going out less, the demand for getting the dining out experience is high. Digital food ordering is on the rise with one out of five orders being digital compared to one out of 20 orders before the pandemic, according to Riehle. Many operators are counting on off-premise sales to stay afloat but are still wary of what the future holds. "2021 certainly isn't a rebound to [a] prosperity year. The uncertainty and weakness will continue, both in the industry and the national economy," Riehle said.

Touchless Technology Takes Off In QSRs 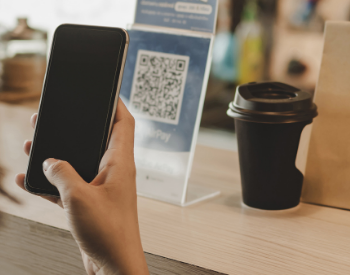 With restaurants utilizing QR codes to show menus and GPS tracking for curbside pickup, contactless technology has propelled and become a necessity during the pandemic. QR codes had been around for years, but never used to their full potential. Customers at Tocaya Organica, a chain serving Mexican food in California and Arizona, can point their phones at the QR codes on each table, pull up the menu, and order right through their phones. The quick-service restaurant has implemented unique QR codes for each table so servers are able to easily bring the correct orders.

El Pollo Loco, a fast-casual grilled chicken chain, has established geo-tagged curbside pickup at 95% of its 480 locations. Andrew Rebhun, the chain’s vice president of digital, said they had planned for curbside pickup in 2021, but once the pandemic hit, their team worked to launch the service through El Pollo Loco’s app in the summer of 2020. White Castle is taking technology a step further by testing out a robot that flips burgers known as Miso Robotics’ Flippy the robot. It operates at the fry station above the fryer and monitors the oil to create consistently cooked and portioned meals.

Restaurants Face Off With Local Officials

As COVID-19 cases start to spike again, operators in many states are challenging the response of their governors. Restaurant groups in Pennsylvania are demanding state lawmakers to override Governor Tom Wolf’s veto of legislation that guarantees indoor dining capacities cannot go below 50%. The initial legislation would allow establishments to use more than half of their indoor dining rooms as long as they have physical barriers and meet safety requirements set out by the CDC. Last week, tavern owners in Wisconsin successfully sued to halt Governor Tony Evers’ rollback of indoor dining and drink service to 25% from 50%. 12 establishments in West Virginia have sued Governor Jim Justice for closing down bars in Monongalia County that is home to a number of colleges and a large student population.

As off-premise sales soar during the pandemic, chain restaurants are pivoting their models to adapt to the current climate and satisfy customer needs. P.F. Chang’s opened its first of three P.F. Chang’s To Go locations in NYC. Part of the company’s plan to open another 12 to-go locations is to reach more of an urban population across the country. Before the pandemic, along with P.F. Chang’s, IHOP, Famous Dave’s, and Firehouse Subs were testing smaller format stores that have only been accelerated with dining room closures. Del Taco is also in the final stages of developing a new drive-thru only restaurant that will include a modernized design.

Trending Menu Items During The Pandemic

With COVID-19 changing every aspect of restaurant operations, chefs are adapting their menus to showcase their strongest meals that can easily be enjoyed on the go. According to Nation’s Restaurant News Menu Trend Expert Nancy Kruse, vegetables are the hottest item on menus. Cauliflower continues to be a successful alternative for customers that are looking for a healthier option to fit their lifestyle. Next are meals that feature ingredients from all over the world. International cuisine gives customers the ability to try out new flavors that they wouldn’t otherwise have access to. In the current climate, some restaurants are offering grocery items and have seen much improvement in sales. Including grocery staples have allowed budget-conscious customers and restaurants to work together to find affordable ingredients while making a profit. 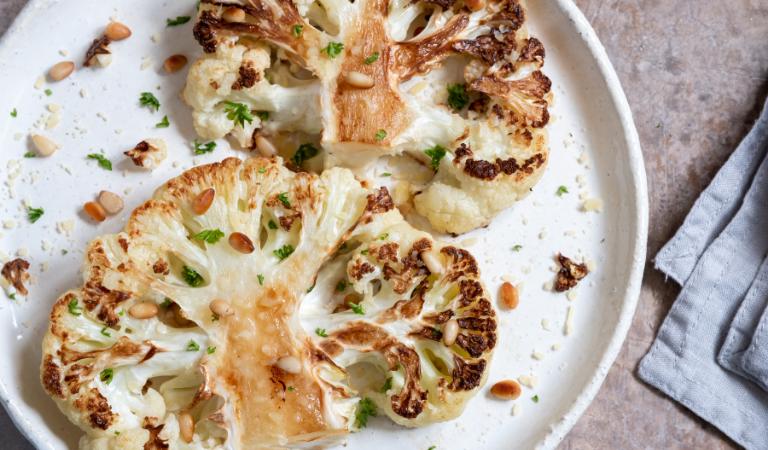 Throughout the pandemic, Seattle’s fine-dining restaurant Canlis transformed itself into a burger shack, a bagel shed, packaged its high-end entrees for home delivery, turned into a virtual bingo hall, hosted a piano livestream, became a drive-in movie theater, sold produce boxes from farmers, and launched an outdoor crab shack. Now, it’s taking on its most ambitious venture yet: turning into a non-profit community college. The Canlis Community College is going to be hosting livestream classes on food, wine, history, and social studies. They will also be offering classes on-site with socially distanced field trips, life skills classes, with even a campus store and intramural sports. 11,000 people have paid $25 to enroll and gain access to the educational content so far. Canlis is using the tuition to pay off its mortgage, utilities, and reduced staff. After they reach the break-even point, the remaining money will be donated to a local hunger relief and job training organization.

As months passed and the coronavirus crisis didn’t seem to be ending any time soon, Rohini Dey, owner of Vermilion restaurant in Chicago, invited 16 female restaurateurs to join a virtual brainstorming session called Let’s Talk. The group aimed to share ideas, resources, and support with one another to help keep their businesses afloat. In October, the group created a four-week dinner series called FLAVOR which included four restaurants a week to join forces and curate a four-course dinner to go. Customers would pay $55 for either pickup or delivery. Each restaurateur brought their own skills to the table with one using her connections with the James Beard Foundation for marketing support and another tech-savvy member brought in a delivery partner to help deliver meals.

“All the planning was virtual and we got this off the ground in two weeks,” said Mary Nguyen Aregoni, chef-owner of Chicago’s Saigon Sisters and one of the participants to Restaurant Business. “Everyone came together without competing against each other and we built great camaraderie.”

“Fine dining is the most ultimate expression of caring for another person. In my world, it’s the greatest form of restoration and people will need that. They’ll need that again.” - Brian Canlis co-owner of multiple James Beard Award-winner Canlis 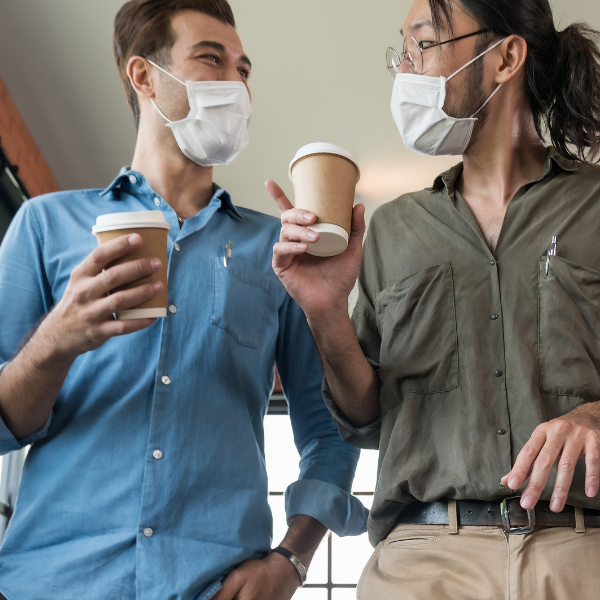 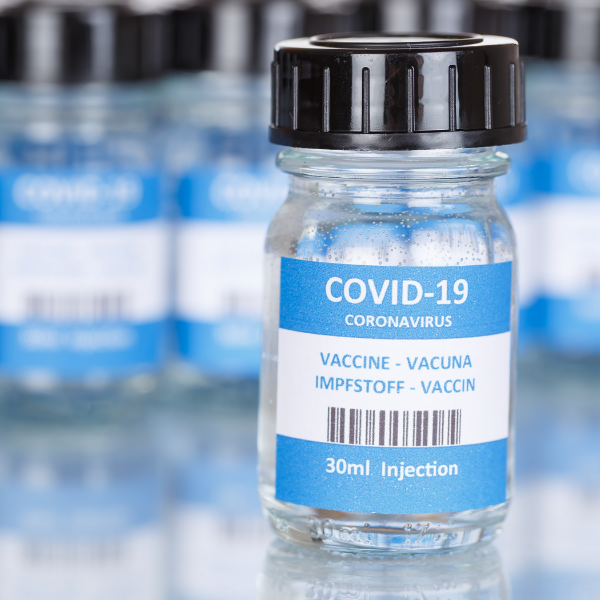 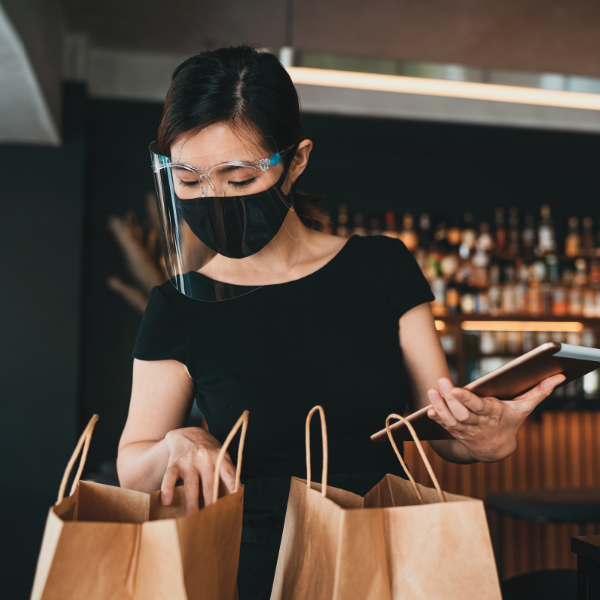 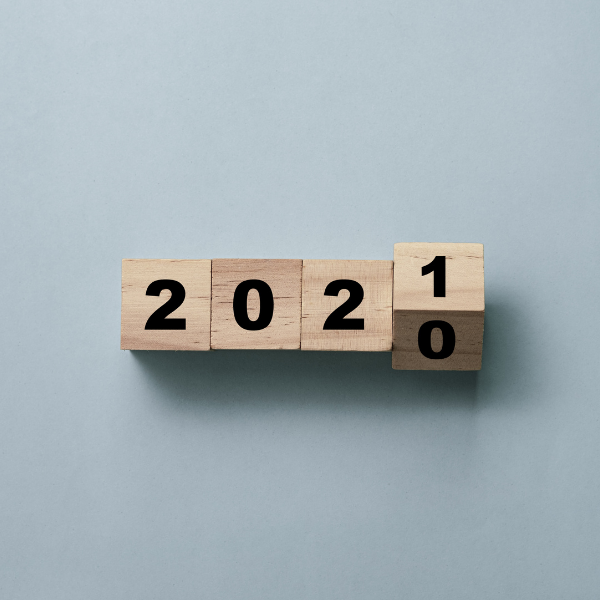 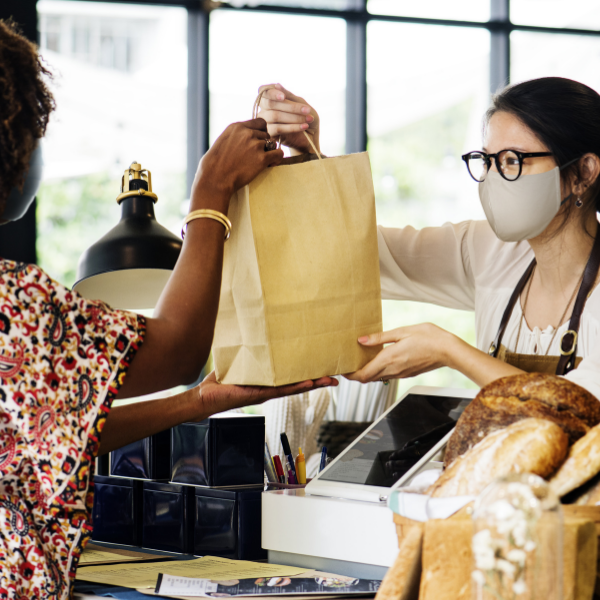