Since most restaurant dining rooms closures occurred in mid-March, April was the first full month that reflected the impact of total job losses. In April, the national unemployment rate jumped to 14.7% making it the largest monthly increase ever recorded, according to the U.S. Labor Department. Due to the coronavirus pandemic, the leisure and hospitality industry was hit particularly hard with employment in that sector dropping by 7.7 million in April. About 75% of that decrease is directly from restaurants and bars which make up 5.5 million of the job losses, according to the Bureau of Labor Statistics. 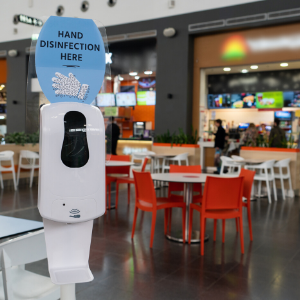 As the U.S. begins to lay out health and safety guidelines for small businesses to reopen, the process of reopening will not be an easy task for independent restaurants. According to a recent James Beard Foundation survey, 90% of restaurant owners believe they’ll need up to four weeks to reopen.

Their top concerns are tied to restaurant capacity and having the financial resources to restock pantries, rehire workers, and buy personal protective equipment. 53% of respondents cited a need for between $10,000 and $50,000 beyond what they are currently spending to reopen their restaurants.

More States Are Lifting Dine-In Restrictions, But Are Consumers Ready?

This week, Arizona, Arkansas, Idaho, Indiana, Nevada, and Ohio have joined the group of states that are allowing a gradual return to dine-in operations. The first group of states to open last week were Georgia, Alaska, parts of Tennessee, Texas, and parts of Florida. About half of all U.S. states have begun lifting restrictions on restaurant dining with new announcements expected to come from Connecticut, Kentucky, and New Hampshire in the next few weeks.

Even though states are loosening restrictions, nearly 60% of Americans agree that the U.S. is moving too quickly, according to an NBC News and Wall Street Journal poll. Respondents fear that relaxing stay-at-home restrictions will result in a second wave of COVID-19 cases. Most consumers living in states that are offering in-person dining say they are choosing to practice social distancing by staying home over dining out for their own and everyone else’s safety.

Since San Francisco has implemented a temporary commission cap for third-party food delivery apps in mid-April, independent restaurants have experienced 10% fewer delivery orders. Grubhub has stated that mandated fee caps have hurt independent restaurants because the company has been forced to raise other fees. For Grubhub to make up for capped commission fees, they have increased restaurant fees to pay for fixed costs such as paying delivery drivers. Money that would otherwise be used to lower consumer fees or for restaurant marketing to increase exposure is now being used to cover base costs.

Grubhub CEO Matt Maloney said to Nation’s Restaurant News that if restaurants didn’t use third-party delivery apps they would still have to pay real costs in order to deliver. The company has said that they’re reinvesting profits to help boost order volumes to restaurants and directly into promotional programs. Their strategy is to push certain delivery deals or bundled promotions to help drive sales to restaurants. 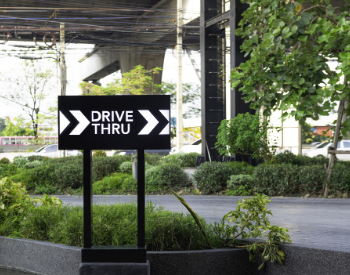 Shake Shack has come up with a new restaurant concept called “Shake Track” that builds on their contactless ordering. The restaurant chain will be remodeling some of its stores to include drive-thru lanes and walk-up windows in response to social distancing requirements. Quick-service restaurants with drive-thrus have proven successful in withstanding the impact of dining room closures. Major restaurants have taken notice of this success and are incorporating drive-thrus and curbside pickup into their business model.

The CEO of Shake Shack, Randy Garutti, said to Restaurant Dive in regards to restaurant renovations that “it may take time and many forms but all towards the goal of continuing to build the community gathering places the world needs, while adding a level of convenience, safety, distance, and frictionless pickup to meet the needs of our guests.”

About 1,000 of Wendy’s 5,000 U.S. restaurants aren’t serving hamburgers or other meat items due to meat shortages. Wendy’s CEO Todd Penegor said on an earnings call that the chain’s beef supply will experience a couple of weeks of tightness given the national meat shortage. Certain items will be temporarily removed from their menu amid meat shortages. Suppliers are facing production challenges, due to coronavirus-related closures, resulting in less meat being available for distribution.

"We do believe it is temporary, and we're close with our big supply partners," Penegor said in the call. "We have several of them on the fresh beef front, and we do believe we'll work through this in short order."

In the 35 years Papa John’s has been open, this past April was the company’s strongest month in sales. The chain reported a 27% increase in same-store sales for North America. In an earnings call, CEO Rob Lynch said about 10% of their sales growth is likely due to COVID-19. Lynch said in the call that this surge in demand is also introducing the Papa John’s brand to new customers, including more than 1 million new and lapsed customers in April on their digital channels alone. The pizza chain has become one of the rare success stories amid the coronavirus crisis as the majority of restaurants are suffering to make ends meet.

Chef José Andrés with Senators Kamala Harris and Tim Scott, and Representatives Mike Thompson, Jim McGovern, and Rodney Davis have announced the creation of the FEED Act. This legislation allows the federal government to pay 100% of the cost of disaster-related expenses to states and localities. This act enables states to work with restaurants and nonprofit organizations to prepare nutritious meals for vulnerable populations. Chef Andrés, whose nonprofit World Central Kitchen is among those providing these meals, said in a video on Twitter that the act will ensure no part of the country is without the ability to offer a meal to those who need it the most. This act permits the federal government to cover 100% of the cost of disaster-related expenses, instead of the typical 75%.

During the COVID-19 pandemic, many businesses have been struggling to stay afloat including Marco’s Pizza Shop in The Colony, Texas. The pizza shop and several other businesses in that community were recently robbed with surveillance footage showing what appears to be amateur burglars fumbling through drawers and failing to open a safe with a pizza spatula. The thieves left somewhat empty-handed because there wasn’t much in the store to begin with.

The owner of Marco’s Pizza Shop, Chamal Kahanawita, took this act as a reminder of the desperate time everyone is living in and decided to make a negative into a positive. He posted a message on Facebook saying “In the coming months, if you find yourself in a situation unable to put food on the table, please stop by our store. There is no need to be shy or embarrassed. Just speak with the manager and quietly let us know you’ve seen this post. We will make sure your family gets a meal.” The post generated an outpouring of support from the community and beyond.

“When we empower neighbors to care for one another, and restaurants and nonprofits to ensure food and nutrition are not forgotten, we give our communities an opportunity to combine response with recovery to create the possibility of a better tomorrow." - José Andrés, celebrity chef and founder of World Central Kitchen 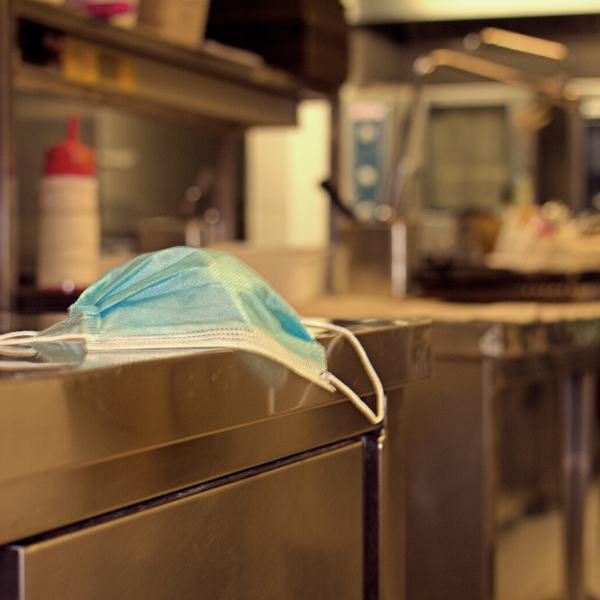 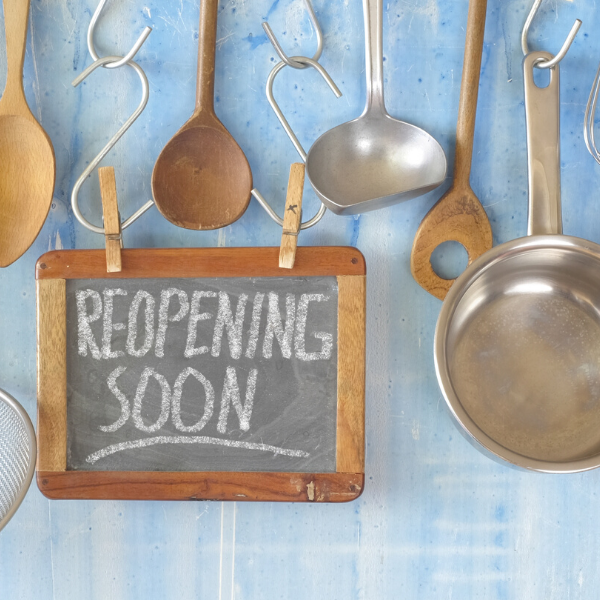 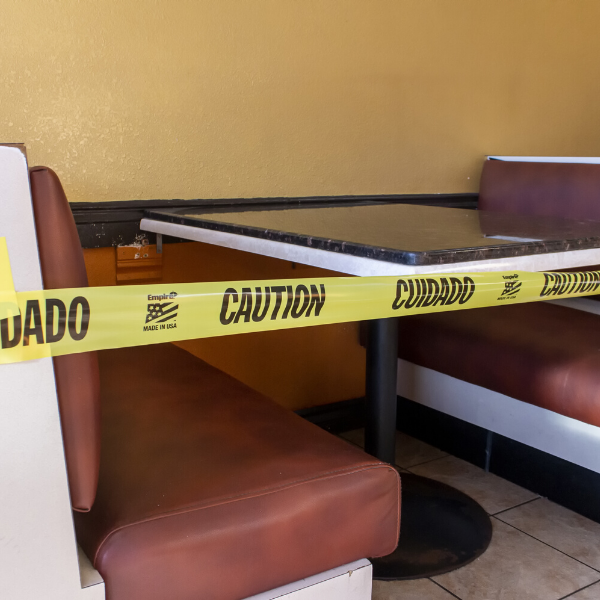 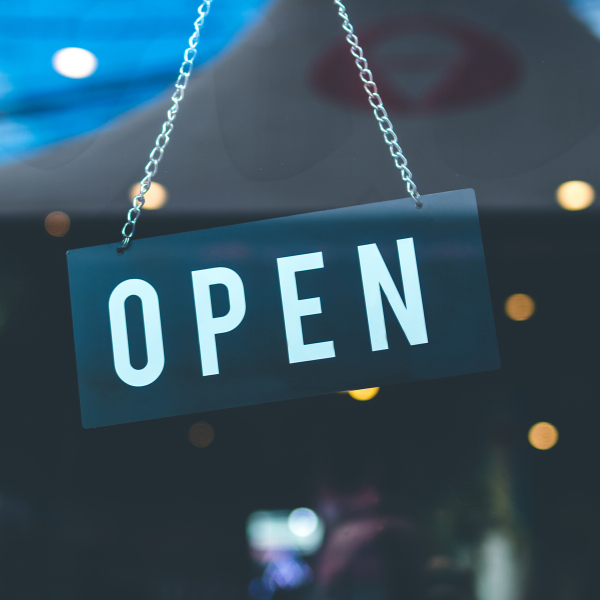 How To Reopen Your Restaurant After Coronavirus 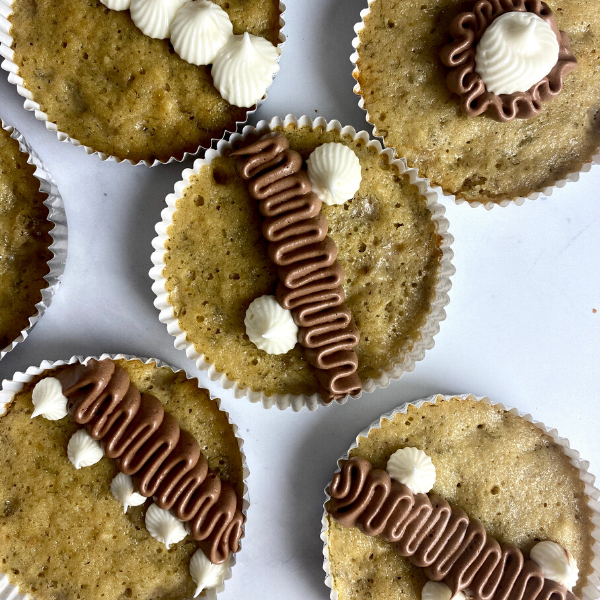